So.. It’s been about 8 or 9 months now, I’m not so much finding a little more free time, but I’m getting more of an urge to just carry on with everything else I want to do. Of course, once I’ve gotten through the obligatory priorities.

There were a lot of issues during the move, the landlord to the new place was a real pain about the whole thing. Here’s an annoying point. We didn’t find out until moving in that he was selling the place. But at least the tenancy contract stays and was apart of the sale.

However, because he was just so un-cooperative with the estate agents the dates would get pushed forwards and then forwards again. so we were loosing money on deposits for moving guys and also paying the extra rent. Whilst also being pressured to move by the previous landlord as they had a new tenant waiting.

We spent all December and January with everything packed up and sleeping on the floor. All whilst continuously being told “Yeah, just three more days, and it’ll be ready.” Again and again. It sucked and there were some mistakes, and personally I think it was a big risk in the first place, as money was tight. This has made it tighter. But also more the reason to work harder.

I just remember finally getting the keys and all I wanted to do was just get our quick belongings, and bed and just get in there. We’d arrange the moving guys for the next day. So we did that, but it had to be done in two runs because we also had to get the cats. Also it’d give them a chance to familiarize themselves with the place before bringing everything over.

So we had back to the other town, get the cats, laptop, mobile internet and some food, the bed stuff is already there. It’s like and hour and a halve drive and at this point in time it’s about 01:45 in the morning, and we’re about a minute away from the new place. I need the toilet real bad, I’m hungry and I just want to get into my new home, it’s been two months of unexpected hell.

Blue flashing lights appear in my rear view mirror. All I can think is “nope, not for me.” I just carry on, I literally just pulled on to my street and stopped in front of my house. And the police pull up on the road, blocking it off. I step out. The first police officer steps out. I ask if they’d pulled me over. They say yes. I explode with literally everything that happened over the last two months at the poor guy.

He says “ah I thought it was a little strange you being from so far away at this time. You need to change the address on your car.” I swear as I nodded, after saying “yeah thanks, will do” my teeth almost shattered due to me clenching my mouth so hard. I wanted to poop, I wanted to pee, I wanted my pot noodle and I wanted to just go into my new house and it was like nobody would frigging let me.

But anyways, it’s been about seven months now, and everything’s good it’s nice but in terms of my own business, it’s been so hard. That’s literally the only way I can conclusively explain that one in a single word. Just hard.

I initially got a small funding injection from a government scheme called the New Enterprise Allowance scheme, or just NEA. Funnily enough I was one of the last people to get on to the scheme because it’s been discontinued.  With this money injection I’ve been able to get a fair but of equipment, for finishing as well as printing.

I also funded some of it myself with the money I made from some NFT’s I managed to sell in December. Even the label has made small amounts too which also helped. All of that cash injection, even though it’s not really what most people would say is a lot of money.

But here’s the thing, investing the money you’ve managed to save and scrape together into anything, when you’ve got nothing, is one of the hardest things I’ve ever done. There’s all the different bills, and then there’s food. Sounds simple, I know. But it’s near on impossible. Things break down, pets get ill, time seems to speed up until it gets to all the worst parts.

But we’ve done it, it’s been a slow strategy, it had to be because there was no other way of doing it. I was getting a weekly small cash injection of sixty five pounds for a while which was then reduced to around thirty odd after so long. It’s helped so much, but it’s just so slow waiting another week for that extra bit I need. As I watch my list of stuff I need slowly reduce in size month after month.

On the day I got my first print job in, I wasn’t as well equipped as now so I only offered work to my extended circle. Who I knew I could cater for. On that day, everything that I needed to use, broke. The printer broke and my trimmer just wouldn’t clamp on to the paper. It was tragic.

So I did what I had too, I managed to get the printer parts for free from the distributer. I also got a fifty percent refund on the trimmer, in which I ended using a fraction of that money to modify the trimmer with. I knew if I just replaced the part, I’d end up with the same problem very soon, as well as having to wait six to eight weeks for the parts to come from china for some reason.

So I took the original clamp system out and got a welders quick release clamp, for a tenner. It’s a hundred times faster and works perfect for equal stacks because I don’t have to adjust the clamp distance. I just use a piece of acrylic on top of the paper to spread the weight of the clamp pressing down. You might not get what I mean, but it basically made something really tedious into something slightly fun to use, which matters in work like that.

I’ve got two more things left to do before I can go completely public, it’s that last little bit of funding and also unfortunately, more time. I have to modify my newest printer and I also need some better quality paper than what I’ve got. Once it’s all done and in, I’m hoping to be inundated and struggling to cope with all the work I’m going to be getting. Like how I want to win the lottery. So you could say my business has nearly landed.

3. We won the lottery

That reminds me, we’ve been playing the “Set For Life” lottery game recently where you could win something like ten grand a month for about thirty years or something like that. It seems like the greatest thing ever, I’d be able to just start my animation studio, game development studio and obviously grow my print company into a fully fledged print factory.

And we won!! Not the jackpot… Obviously, otherwise I’d have started this DevLog a little differently. It was fifteen pounds, but that little win. Man… Bittersweet.

All I’ve managed to do with the game since my last DevLog is just look it over a few times. I recorded myself playing through what I’ve done so far. Been meaning to set up my microphone to record the voice over for it. Normally I would have done it at the time but I haven’t had any.

I’ve just made sure to always just go over everything I’ve done with the game every so often, because I don’t want to abandon the project… If I did, I feel like I’d be disrespecting myself somehow. I know it’s weird but, I just don’t want to have ever wasted that time. Hopefully by winter time I’m back into the swing of it. That said, I’m more than likely going to write dialogue and draw all or most of the scenery.

Other than that, there’s no change to how it’s going to be, as I begrudgingly end with “yet.”

So this year, a very few times I actually managed to pull in my attention, summon up the energy. Some might say I miraculously manifested profound creativity from the depths of procrastination. However, I’d say prioritization. In short, I actually managed to write the first part of the R3cords story that I want to go on with.

I introduce Chase Lumen and a few other characters straight off the bat, the way I’ve wrote this is a kind of introduction to how I want to tell everything else going forwards. So I will be using it as a kind of pilot I guess.

I wont be animating it just yet, and it’ll be more of a comic for now. I think It’ll be the easiest way to simply get my stuff out there. This way I can build up an audience and also start building the funding I’ll need to get the help with animating. Unless I think of something else.

But also building up an audience in general is something that wouldn’t only be encouraging. But pretty much vital not for me, but everyone around me. I could carry on doing all of this for the rest of my life, it’s all in there, I’m just getting it out. Doing, all of this. Is what gives me a sense of purpose, when I am I’m at my happiest, I get lost in it, immersion.

It just doesn’t pay the bills, and the people that love me feel that I deserve something for everything that I do and continue to, like get a big win with it, like popularity, money or fame. You know… All the things you can’t really chase. I’d love so much to just be able to buy the meal when we’re all out with the family and friends. I’d love to not be juggling with the cash, week in week out.

I’d love people to stop saying that it’s such a shame that I’m not anywhere, because I’m so soooo talented. I know it’s a nice thing to say on the surface, but it feels like a kick sometimes. Specially when you’re low, which is usually when they say it to try and cheer you up. And yeah that was me, in tiny fleeting sporadic moments of the past.

But still, things are moving forwards and I’m doing something, no matter how small, I’m doing at least one thing towards everything… So again, like I said earlier. My business has nearly landed. And I know that those close to me are getting very impatient waiting for something to happen…Like it should just take off like that. Well I’m not ready for take off just yet. Gotta get that fuel ready first…

I can’t promise a weekly update atm, but I will update next when I’ve done at least something with everything. 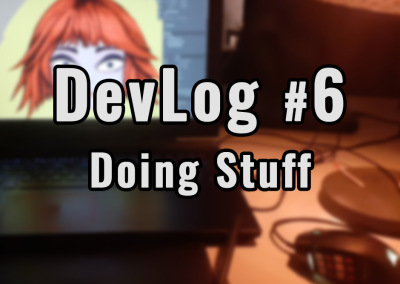 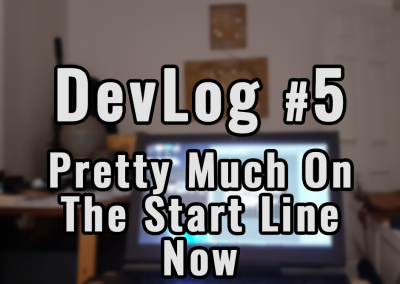 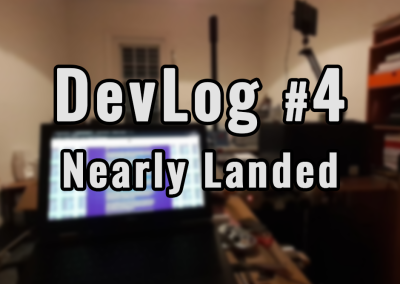 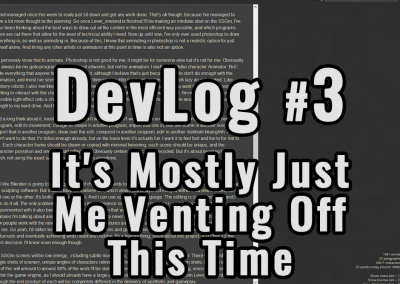 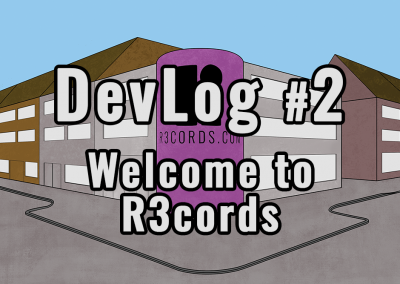 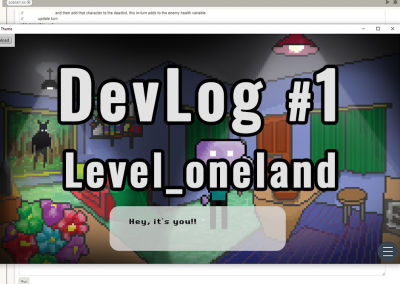 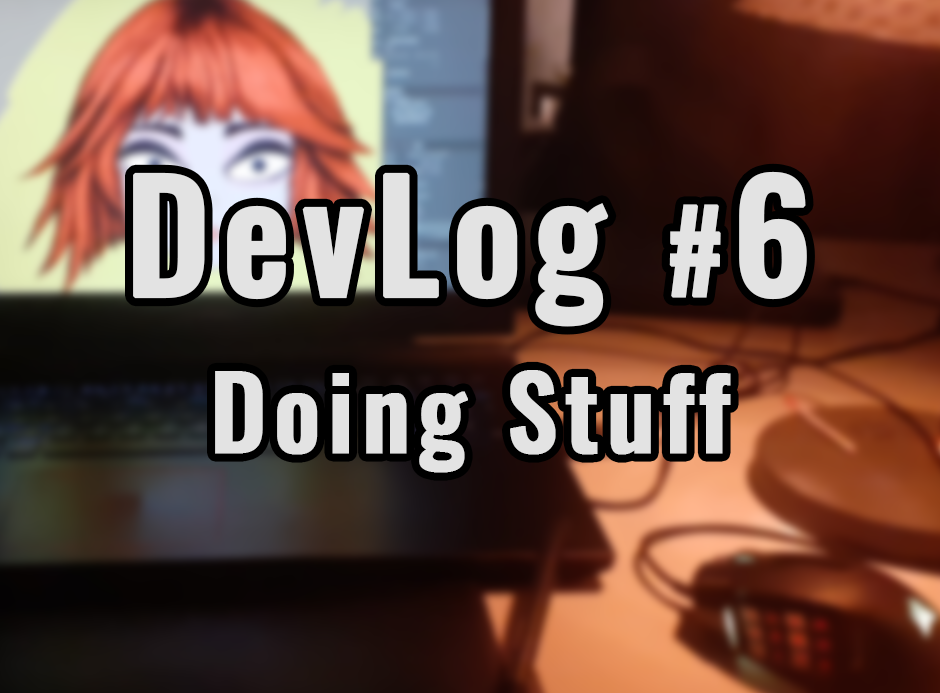